Have you recently received a phone call from a family member or loved one who has been put in jail, begging you to post their bond so they can get out? If so, then you are faced with a difficult decision. Whether you're thinking about paying for their bail out of your own bank account or are considering speaking with a bail bondsman, there are some factors you'll need to take into consideration before you decide to say "yes" to bailing somebody out of jail.

First of all, consider the person's charges. Were they charged with anything that would indicate drug or alcohol problems, such as a DUI or possession of an illegal substance? If so, then this should be seen as a red flag. Even if you have known the person for awhile, a person with a drug or alcohol issue could be less reliable when it comes to paying you back or even showing up in court.

A similar situation applies to those who are on certain medications or who have had diagnoses for mental illnesses; these people—especially off their medications—may be less reliable in terms of showing up on their scheduled court date or may be less likely to repay you as promised for the bail money you put down.

Furthermore, consider your own financial situation before you decide to go through with bailing somebody out. Sometimes, the idea of a loved one sitting in jail can cloud your judgement and lead you to spend money you don't necessarily have to get them bailed out. Ultimately, however, you need to keep your own well being a top priority. If, for some reason, you weren't paid back for the bail money, would you be able to get by financially? If not, then it's probably best to say "no" to posting bail.

Your Reasons for Posting Bond

Finally, consider your specific reasons for wanting to post bond for this person. Many people feel obligated to post bond for all the wrong reasons. For example, if the father of your children is put in jail, of course it's your instinct to want to bail him out. However, if he has a history of being arrested for the same things over and over again, is it really setting a good example to your child  (or doing either of you any good) to have him bailed out once again? 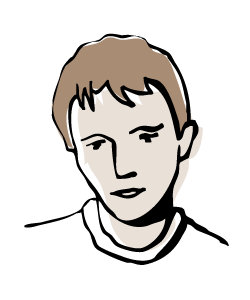